Selling on Amazon is getting more and more competitive. To drive sales, most Amazon sellers rely solely on Amazon’s own ecosystem, by ranking their products on Amazon, and using Amazon’s ad network.

There’s a huge untapped opportunity most Amazon sellers miss out on: external traffic. External traffic is essentially traffic from outside of Amazon, such as Google AdWords, Facebook ads, partnerships with bloggers, etc…

External traffic, something that 99% of Amazon sellers don’t take advantage of, is a great way to diversify an Amazon business, while driving more sales, which leads to improved rankings in Amazon’s search engine.

Problem 1: External traffic is complicated to set up 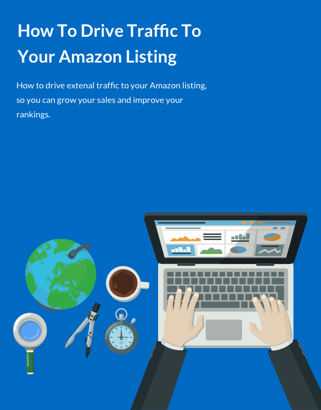 Many Amazon sellers don’t have experience with traditional internet marketing methods, such as online advertising or driving traffic.

It can be pretty overwhelming to get started.

To address this issue, we’ve been putting together some free in-depth content that walks new sellers through the intricacies of setting up their external traffic campaigns.

We created a course called How To Drive Traffic To Your Amazon Listing: A Step-By-Step Guide. It can be found for free here.

This a problem. Low conversions mean ad campaigns will struggle to be profitable. Not only that, a listing’s conversion rate is an important ranking factor on Amazon. If an Amazon listing has low conversion rates, its rankings will drop.

LandingCube solves this problem. Instead of sending traffic straight to an Amazon listing, sellers can now send their traffic to a beautiful Amazon landing page. 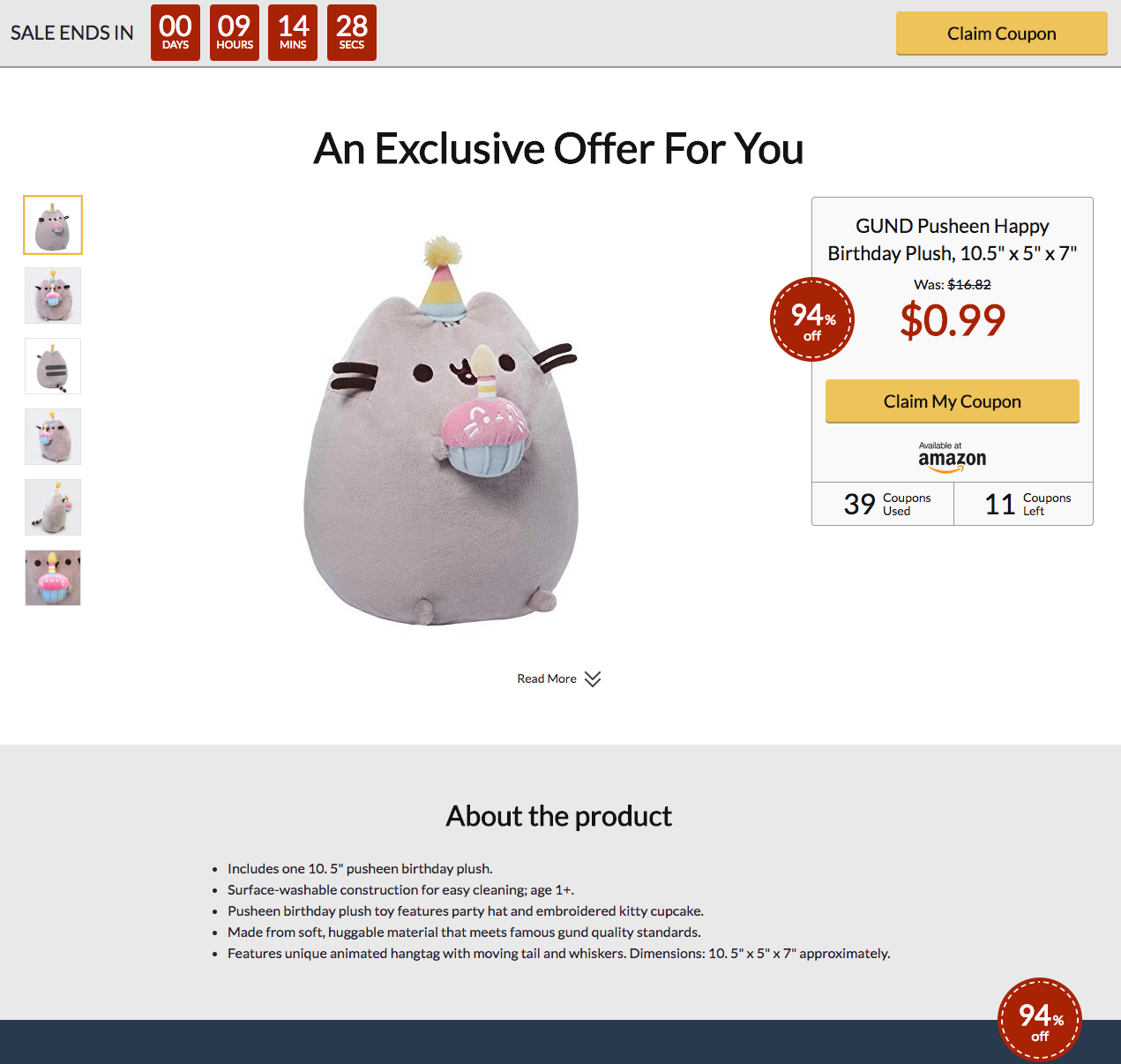 On that Amazon landing page, prospects can enter their email address in exchange for a coupon.

Why did you build this Amazon landing page tool?

Here at Fatcat Apps, we’ve spent the last couple years launching a number of products that generate landing pages and email optin forms. We’ve integrated with a large number of email providers, and learned a lot about what makes landing pages convert.

The idea for LandingCube was born when a number of friends and customers asked us if we could adapt Landing Page Cat for Amazon coupon landing pages.

After careful consideration, we decided to make Landing Page Cat a hosted web app, instead of a WordPress plugin, as most Amazon sellers don’t run WordPress sites.

We’re pretty proud of our results.

What does this mean for Fatcat Apps?

LandingCube is a standalone product that’s not tied to our Fatcat Apps brand. The reason for this is that there’s not a massive overlap between LandingCube and Fatcat Apps audiences. Put simply, most Fatcat Apps customers don’t run Amazon businesses, nor do they need an Amazon landing page generator.

Does this mean we’ll focus less on WordPress and Fatcat Apps in the future?

We’ll continue to put tons of effort into improving our existing WordPress plugins. Just 2 weeks ago, we’ve shipped a major update of Pixel Cat. Over the next few months, we’ve got major updates in the pipeline for all our products – Easy Pricing Tables, Quiz Cat, Optin Cat, Landing Page Cat and Pixel Cat.

Not only that, LandingCube is actually built on top of WordPress. Our whole team lives and breathes WordPress. Using WordPress, we were able to build & ship LandingCube much faster than we’d have using a web app framework, such as Node.js or Ruby on Rails.

Essentially we’re deepening our commitment to the WordPress ecosystem with this move.

If you’re curious, check out LandingCube, our new Amazon seller tool. It’s built from the ground up to help sellers make more sales, boost rankings and build a defensible asset – an email list.

You can learn more about LandingCube here.

Hey Fatcats, Not long ago we released Easy Pricing Tables 3.0 – a brand new redesign of our best-sellin...

We’ve got a brand new, easier way to build pricing tables for your WordPress site. This is Easy Pricing Tab...

Now is as good a time as ever to start using quizzes for your WordPress site! We’ve just released a big...